Movement Therapies: Strengthen Your Body and Accentuate Your Healing 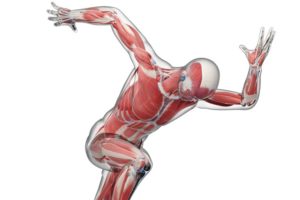 How long did the healing effects of your most recent massage last? A few days? A week? Longer?

For many recipients of commonly known forms of massage therapy, unless you receive frequent sessions, or your massage therapist follows you around pointing out when you regress to old compensation patterns, it is likely the healing effects aren’t permanent. Why is that? And more importantly, what can you do about it?

This is where other types of bodywork come into play: namely, movement therapies. These modalities can be the secret weapons in your body’s holistic arsenal.

Patterns Exist for a Reason

Let’s talk about compensation patterns. To compensate means “to offset or counterbalance.” Any time you experience a weakness in the tissues of your body, other tissues step up their game to offer a helping hand for the weak tissues.

Sounds friendly and helpful, right? Well, it is helpful if it’s only short term. However, your brain is wired for efficiency, so if the compensation is “working”, the body will keep on compensating. The problem with this pattern is that after a while, those friendly and helpful tissues that lent a hand become tired. In most cases, they are performing a secondary role rather than their primary role, so they must work even harder to move in the ways you are demanding they move. The result:  weak tissues get weaker and the compensating tissues become hardened and painful. Essentially, those helpful tissues start complaining.

When movement patterns “turn off” certain muscles and “turn on” others to keep you out of pain, the design of the joint and surrounding supportive tissues is compromised. Eventually, if not addressed, a whole new challenge has replaced the original one.

Massage Can Work Wonders, But You Can Work Miracles

There are many benefits to getting massage on painful areas of the body that are compensating, including increased blood flow, softening of hard tissues, awakening of nerve sensation, and releasing trigger points. For a few days to a week after a massage, the pain might be greatly reduced. But what hasn’t changed is the pattern, which may have been created over many years.

Here’s the truth. Unless you are actively involved in unwinding the pattern and returning to the way the body was designed to move in space, you will only heal so much. You will eventually go back to your compensation pattern, unless you are taught how to move differently. You must be involved in retraining your body back to its optimum function utilizing muscles and surrounding tissues as they are designed to work.

A Sampling of Therapies

So what are movement therapies? Of the many modalities available to choose from, here is a sampling and explanation of a few of the most commonly known. (The following descriptions are taken from the bodywork glossary at www.massagetherapy.com/glossary.)

No Matter What Happens, Your Body is Always Responding

For every life experience you are involved in, your body has a response. Compensation patterns are not limited to physical injury, but are also developed from thoughts, attitudes, and beliefs. Any time you experience something impactful, such as physical trauma or ongoing criticism, your body provides a deeper ingrained response. Even when you witness another’s trauma, fear that is could happen to you can create a compensation pattern. The reason for this is protection. The sympathetic nervous system (aka the fight-or-flight mechanism) plays a crucial role in keeping you safe. You might hold your right shoulder up close to your ear and tuck your chin as if shrinking away from a threat. This pattern is as important to recognize as compensating one’s gait around an injury. It just might be a little more difficult to uncover the origin. Luckily, identifying the origin isn’t necessary for you to heal the pattern. Engaging in movement therapies with a trained professional who knows how the body is designed to move will help you illuminate patterns you may not even realize you have.

True freedom from pain and discomfort can be achieved using movement therapies incorporated with consistent massage sessions. The value and benefits of massage alone are far reaching, but this bodywork partnership is very beneficial. As with anything you wish to master, your participation, dedication, and daily practice are required. Consider this an invitation to your freedom!

Want to learn more about how to heal your own patterns and support others in their healing? Become a massage therapist at Indiana Academy of Massage, conveniently located on the north side of Indianapolis in beautiful Zionsville!

Contact us today to start bringing your visions of a massage therapy career to life.